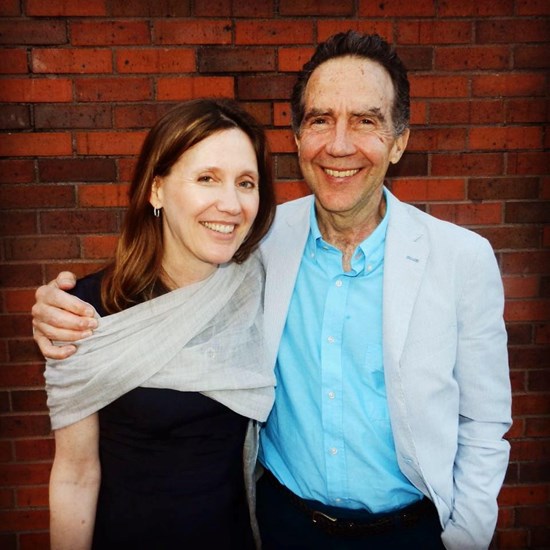 John Muresianu was born in 1953 in Washington DC where he attended the local parochial school and then the St. Anselm’s Abbey School. His mother, Louise, was an ex-Marine and graduate of George Washington University who later worked as a personal assistant to the director of the Wildlife Society. His father was a Romanian immigrant who attended GW Law School and worked for the Library of Congress and then the Post Office Department.
John delivered newspapers while in elementary school, cleaned toilets in high school, and did dorm crew in college (Harvard, 1974) which he completed in three years to save his family money. He was a scholarship student in both college and graduate school (Harvard, PhD, 1982 in the History of American Civilization).
John  has lived in Concord, MA since 1992. He is married , has four children (Andrei, 37, Toby 33, Emma, 22, and Alex, 19), and two grandchildren (Max, 4, and Addie, 2).
He is a member of the First Parish Church in Concord where he has sung in the choir and taught in the Religious Education program.
Trained as an historian, John taught at the college level for six years (4 as a teaching fellow at Harvard, 2 as an assistant professor of history at Knox College). At Harvard he won a Danforth teaching award and published a manual on how to teach for instructors in the Core Curriculum. At Knox he was elected to chair the Academic Program Planning Committee.
John has been in finance since 1984 – first at Bank of Boston (1984-6), Fidelity
(1986-2002), Lyceum Capital (2002-2005),  Maple Grove Advisors (2009 – Present).
John was a Berkman Fellow at Harvard Law School from 2009 to 2010 and has been an active member of the Adams House Senior Common Room at Harvard since 2010.
John has launched two education-related websites:
www.thinkingcitizen.com
www.liberalartsacademy.com
John launched the Education First Party in February 2017. Having offered the party’s candidacy for Senate to Danielle Allen and Roland Fryer and been rejected he decided to run himself.
He has written many papers (widely distributed but not formally published) on education, notably:
John voted for Bush in 2004, Obama in 2008, Romney in 2012, and Hillary Clinton in 2016. He believes it is time to get beyond partisanship.
VOLUNTEER CONTRIBUTE